So, I woke up this morning at the ‘irrigate’ hour of 6:30. Having actually gotten to sleep after 1:30, this did not provide me with much restfullnes. Here are a couple of photos of me watering this morning: 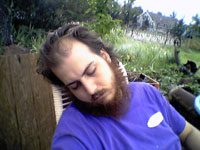 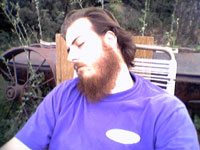 Okay, well, here are a couple of photos of me passing out between watering this morning. Anyway, the water is still flowing down there, so in ten minutes (probably before I post this, anyway) I’ve got to go shut it all off. Grr. I was just settling into my seat.

I do feel better this morning, emotionally. Plus, in about 90 minutes my dad will be up the hill. While this means extra heavy lifting, it also means I’ll soon have my laptop’s AC Adapter in hand. Woo hoo! Also, perhaps of equal value in the short term, he’s bringing Expectorant! Woo hoo! And maybe even some cheese! That will be good! I like cheese. 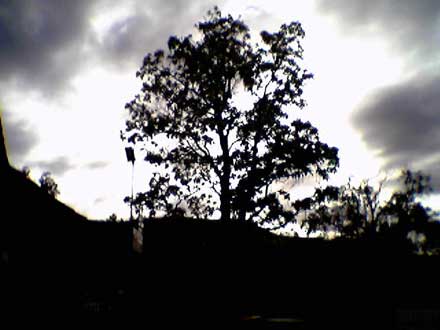 This is the rising sun, shining through layered cloud cover, and then through the big ketulpa (sp?) tree at the front of our property. 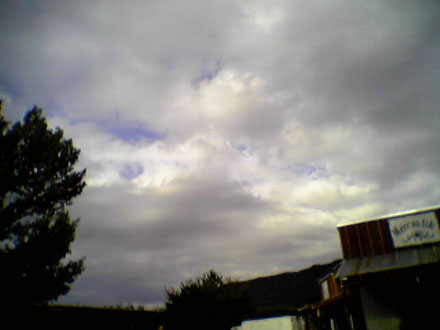 This is the sky in the other direction. Such beautiful sky this morning.

Anyway, yeah. So, in case in that nearly 3000 word rant I didn’t make it clear, I don’t plan to do preMEum anymore.